Letter From the Editor

Knowing the Difference I grew up in a very small Midwestern town, where the closest brush with diversity was when someone with a southern drawl arrived. Although our ancestry differed, we all had the same desire to fit in with each other, which created a very homogenous society. Most people had the same color skin, belonged to the same church, and many proved the six degrees of separation theory’s relevance.

As I matured, exposure to new experiences increased, including the realization that people who are “different” exist in places other than television and the movies. Unfortunately, exposure to people less accepting of these differences also increased. The movie Philadelphia, starring Tom Hanks, had everyone fearful of a lifestyle no one wanted to discuss. As more people with different colored skin, religious backgrounds, dialects, and customs moved to the area, it became obvious that some differences were accepted and others were not. As with many places, this continues to evolve.

Society has come a long way since my childhood and companies have become more aware of the importance of nurturing a diverse workforce. This publication helps to demonstrate how far we have come, but also provides great insight to help you along your DE&I journey, wherever you may be. 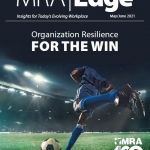 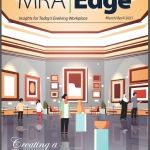 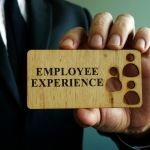