Let's face it—difficult conversations are going to happen. Sometimes they are planned in advance, and other times they happen when we least expect. Difficult conversations can take many shapes and forms. We may need to correct an employee’s behavior, work with an upset colleague, tell a boss that a deadline won’t be met, inform an employee that he or she is being terminated, or address a troubling remark from a co-worker.

What makes difficult conversations, well, so difficult? For the answer, let’s look at a definition:

A difficult conversation is a situation in which at least two parties are engaged where (a) there are differing opinions, perceptions, needs, or desires, (b) feelings and emotions run strong, and (c) the consequences or stakes are significant.

Difficult conversations can also be defined as those that make us feel uncomfortable, nervous, vulnerable, exposed, or even frightened. One or both individuals may have the feeling that the interaction isn’t going to go well.

How we lead (or react) during difficult discussions can have a major impact on future decisions, promotability, reputation, or an employee’s feelings of self-worth.

Below are five simple strategies to improve the chances that a difficult conversation will achieve the results hoped for:

Difficult conversations that can spiral out of control are ones where honesty and transparency are not present. This includes distorting facts, not admitting to mistakes, telling outright lies, or wanting to spare hurting someone’s feelings. Being honest in a professional and considerate way allows for resolutions to be reached more quickly and credibility remains intact.

Ensure the right mindset before going into a difficult conversation. Instead of focusing on the fact that conflict is nerve-wracking and the conversation will probably be tense, concentrate on the purpose of the conversation and how resolving the conflict will improve the situation going forward. Having the mental position of, "Something got off track, and we need to figure out how to make it better" is a more productive mindset to achieving outcomes.

Many difficult conversations occur on a planned basis, so it’s possible to have facts and figures prepared ahead of time. Even major discussion points can be outlined to help keep the conversation on task. Anticipate all potential conflicts or reactions and how they can be positively addressed to avoid being caught off-guard. If more information is needed during the discussion, ask for time to pull it together so the conversation can continue with informed data.

Keep in mind that difficult conversations are about problem solving. The best way to get to the root of a problem is to continue to ask questions. This allows the conversation to get further into the facts so rushed judgements aren’t made. This can help when extreme statements creep into difficult conversations, such as “you always…” or “you never…” Questions such as, "What specifically are you referring to?" or "When did this occur?" or "Who was involved?" or "Can you give me a specific example of when that happened?" can get the conversation back to the details needing to be discussed. Asking questions and listening for understanding are critical techniques for any type of communication interaction.

A powerful communication technique is the use of empathy. Empathy is the ability to understand the emotion behind what the other person is communicating. Words like “It sounds like…” or “You must be feeling…” acknowledges that their emotion has been heard and recognized. Skilled empathizers can read body language, decipher tone, and ask clarifying questions to better understand the situation. Validating another’s emotions without needing to agree with the emotion works to move a stuck conversation forward because more often than not, people want to know that they have been heard.

While difficult conversations can be trying at times, practicing these strategies can make them more constructive and productive. 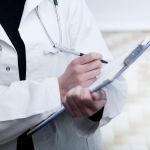 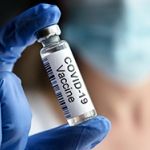 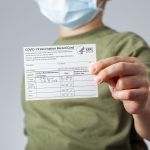