President Biden signed his most recent Executive Order on July 9, 2021. This newest order does not create any new laws. Instead, it creates a White House Competition Council which will work to address issues of monopolization and unfair competition practices that have evolved in the United States. In the Executive Order, President Biden references steps taken by President Teddy Roosevelt, in the early 1900s, to break up trusts and how those efforts could benefit our current economy.

Non-compete clauses.
It is estimated that 36 to 60 million workers are asked to enter into non-compete agreements, which involves approximately half of private sector businesses. The Council will work to ban or limit non-compete agreements in order to make it easier for workers to make job changes within their area of experience.

Occupational licensing.
Almost 30 percent of jobs in the United States require licensing for those practicing in the corresponding field. Fewer than 5 percent of jobs requiring licensing are able to transfer that licensing to different states. This limits the ability for people who move frequently (due to a spouse’s job, for example) to continue practicing without loss of income or incurring additional costs related to obtaining state-specific licensing. The Council is tasked with finding ways to eliminate restrictions that deter worker mobility, suppress wages, and restrict former employees from working for competitors.

Collaboration to suppress wages or reduce benefits.
Although there are laws in place, such as the Sherman Antitrust Act, the Clayton Antitrust Act, and several others, there is concern that existing guidance by the Department of Justice (DOJ) and the Federal Trade Commission (FTC) allows employers to use outside vendors to aid them in setting wages and benefit offerings. The Council will work with the DOJ and FTC to create updated guidance that will require any information used to make wage and benefit decisions also be made available to employees.

Lower prescription drug costs.
On the surface, this may not seem to have a direct impact on employers, but finding ways to lower the cost of prescription drugs may have a significant effect on health plan costs. Under the Executive Order, the Food and Drug Administration will be asked to work to import lower-cost drugs from Canada, in accordance with the Medicare Modernization Act of 2003. The Department of Health and Human Services (HHS) will also be asked to increase support for generic and biosimilar drugs, lowering the cost for patients, and has been given 45 days to design a comprehensive plan to address high prescription drug prices and price gouging by manufacturers.

In addition to lower drug prices, the Executive Order encourages the FTC to ban “pay for delay” agreements, which have been used by brand-name drug manufacturers to keep generic versions out of the market. These agreements provide pay to generic manufacturers to stay out of the market and have resulted in an estimated cost increase of $3.5 billion per year. These agreements can also include deals to reduce drug trials by competitors as well as incentives that impact other research and development.

Price transparency rules for hospitals.
In connection with keeping prescription costs down, HHS has been directed to support price transparency rules for hospitals to lessen or eliminate surprise billing that may occur. This most commonly happens when a provider is contracted with an in-network facility but may be considered an out-of-network provider. In such cases, the facility costs may be covered as being in-network, but the services provided are not.

Additional items will be addressed as a result of the Executive Order that may impact the agricultural industry, primarily food manufacturers and importers, farmers, and farm implement vendors. Stricter guidelines will also be set by the FTC surrounding mergers, acquisitions, and unfair competition methods designed to put smaller, industry-related companies out of business.

Again, President Biden’s Executive Order does not specifically write these agenda items into law, but it does create a White House Competition Council to address the issues called out within it. Not all items have a timeline, so MRA will continue to watch the progression of these laws to provide updates. For more information, you may also contact the 24/7 Hotline at 866.474.6854 or InfoNow@mranet.org. 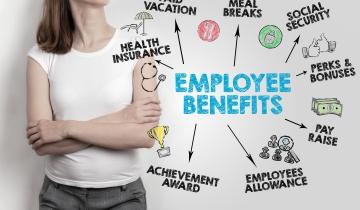 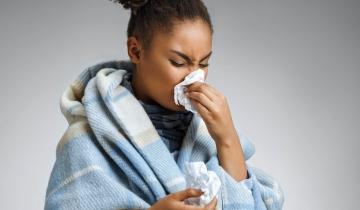